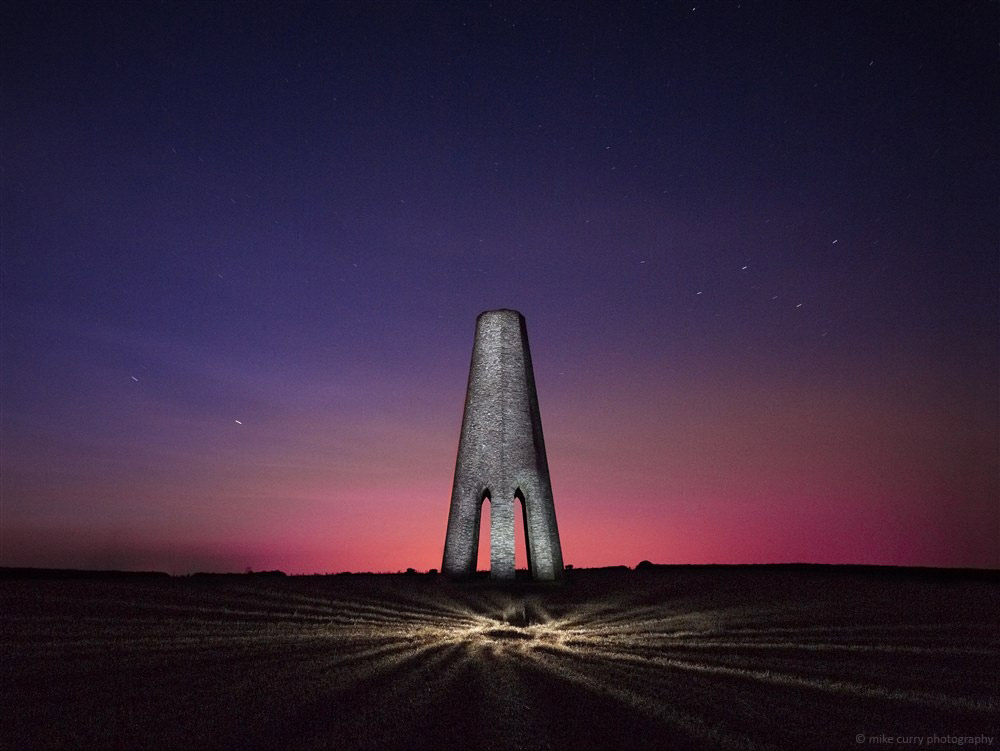 My new photo, The Daymark taken on the Kingswear headland opposite Dartmouth, shows what can be achieved with a little imagination and the correct conditions! I was actually on a short break with my wife and some friends and wouldn’t normally go off taking photos, but I spotted the Daymark on a daytime walk and thought it would look great photographed at night. I didnt think much more of it, but on the last night he conditions were perfect for what I had imagined, so I set off with only my camera, tripod and a LED Lenser P14 torch. Unusually my wife requested to come along, so when I got there I felt it gave me a sense of urgency that I dont normally possess!!

The one thing I would have normally done for a night shoot was to do a proper recce during daylight and marked the ground and measured the focal distance, or at least get there before the sun was down to enable me to focus the lens, but no it was pitch black! Nothing for it then but to guesstimate a few distances and then check focus on the camera back. I was surprised that I got it so wrong the first few guesses!

After sorting out focus I set did a couple of test runs of exposures, painting with the torch until I had illuminated the structure enough and also exposed the sky enough too. I was very lucky that the long exposures brought out what colours were left in the night sky and that the torch’s focusable high intensity beam was easily up to the job of lighting it up with a few up and down motions. When doing this I have to make sure that I position my body between the torch head and the camera, so the torch head didn’t show, then switch it off before returning to the camera.

The first couple of attempts were a bit flat I thought, so I added some foreground interest by painting the torch on the ground, again making sure the torch head faced away from the camera so all that shows was the beam’s impression on the ground.

The final image here was a 2.5 minute exposure with me running around like a mad thing in the dark to get from place to place with the torch! I hope you like the result!!